The Paradox of Leadership Control

The Paradox of Leadership Control

This DATIS Blog Article, “The Paradox of Leadership Control”, was originally posted by Wally Bock’s Three Star Leadership on January 26th, 2017 and was reposted with permission.

Jenna longed for the good old days, when she was an individual contributor. She always thought she wanted to be a manager, but it turned out to be not as good as she expected.

When she was an individual contributor, Jenna was pretty much in control of how she did. She knew how to improve her performance evaluation. She could work a little harder, work a little longer, come up with some better ways to do work and, presto, it happened. When she became a boss, and responsible for a group, that wasn’t true anymore.

Jenna was confronted with a truth that often horrifies new managers. When you become a boss, your control goes down, not up. That’s because your performance is judged based on the performance of the group you’re responsible for. You actually don’t have any control, even though you do have a lot more influence.

Oh sure, you do control some things. You control your behavior: what you say and do. And you have some control over your schedule. You can schedule the important things first so they’re more likely to get done. But the first part of the paradox of leadership control is that you don’t have any when you’re the boss.

Research on Control and Autonomy

Research on control and autonomy has been conducted under a number of different words. There’s “control,” of course, negative words like “helplessness,” and positive words like “autonomy,” and “empowerment.”

Edward Deci and Richard Ryan have been researching this under “motivation” since the 1970s. Their research has pointed to three key drivers of intrinsic motivation: Autonomy, Relatedness, Competence.

Stanford’s Bob Sutton summarizes the research on autonomy this way: “Study after study shows that when people experience some control over their lives, they enjoy better physical and mental health.” They are more productive, too.

Richard Locke of MIT compared two almost identical Nike plants. In one, workers were closely controlled and expected to follow the management plan. In the other plant, workers had more freedom. They set their own production targets and organized themselves into teams. They decided how work would be distributed and done. Even though the plants were otherwise identical, the workers in the plant with more control of their work life were almost twice as productive as the workers in the other plant.

David Burkus reviewed Locke’s study and several others. He came to this conclusion. “In short, the more managers cede control over what to do and how to do it, the more employees do it well.”

That’s funny, but it really doesn’t let you off the hook. No matter whether you strive for control or not, no matter how you allow your people to work, you’re still the one responsible for the performance of your group.

That means you must work hard, just not at “control” things. Instead, you must stand the old model on its head and see yourself as the person who helps the team and the individual team members succeed. You do that by showing up a lot, having lots of conversations, setting clear and reasonable expectations and giving regular and usable feedback.

It won’t be easy. The people on your team will fail sometimes. That’s what people do when they’re learning and trying new things. That’s also what we all do because we’re human.

It’s not easy, but then for you, or Jenna, no one ever said that it would be.

Don’t worry about the control you don’t have anyway. Instead, as far as possible, given their ability and willingness to work, let the people who work with you make most of the decisions about how they will work. With the time you save you can do lots of important work yourself.

The post The Paradox of Leadership Control appeared first on DATIS HR Cloud. 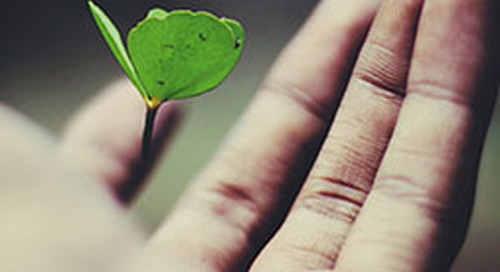 Why Leaders Must Prioritize Health and Wellness

Often leaders put others first & sacrifice their own wellbeing in the process. Learn why leaders must prior... 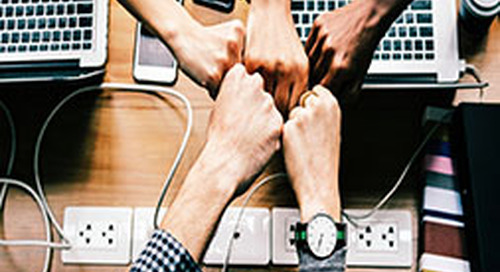 Workforce Management Technology: A Key to Success in 2017