Home » ContinuumCloud Blog » How Flat Can You Go?
× Share

This DATIS Blog Article, “How Flat Can You Go?", was originally posted by Wally Bock, Three Star Leadership, on September 1st, 2015 and was reposted with permission.

Flattening an organization is a good thing, right?

Everyone seems to think that flattening your organizational hierarchy is a good thing. The University of Cambridge Judge Business School just published a typical article on the subject. It’s titled: “Forget Hierarchy. Go Flat.” Here’s the teaser copy.

“Why jostle for promotion when you can design your own job? Cambridge Judge Business School Fellow Tim McEwan delves into the world of the flat hierarchy.”

If you flatten your hierarchy, some good things should happen. Work will be simplified. People will get more control over their work life and be able to make more decisions themselves. Managers will have it easier because most of the people will manage themselves.

It’s hard to argue with that. The ends are truly desirable, but the process of getting from here to there is really difficult.

Organizational change is never easy, but there are some situations that are not as hard.

It’s easier to create a flat organization when you’re starting out or when you’re fairly small. It’s easier if you’re managing people who are pretty much self-managing anyway, like creatives, engineers, and programmers. And people are more likely to sign up for change if there’s an obvious problem with the organization that you can promise to fix by making hierarchy go away. Even then, it won’t be easy because you’ll have to fight human nature.

You don’t have to take my word for this. Here’s how Laszlo Bock, former head of Google’s People Operations, puts it: “Human beings are wired to defer to authority, seek hierarchy and focus on their local interests.” Think about the seating at a typical corporate meeting.

What happens if you get to the room early and choose a seat on the long side of the table? People will be uncomfortable. It’s like standing at the front of the elevator, but facing the other passengers. You can watch them twitch nervously and look at others for explanations and support.

If you’re the person in charge, people observe you carefully. They take their cues from you and emulate you. Everyone I know who’s been promoted in a large organization has some version of the story about how a casual comment was taken as a directive or how people copied the way they did things because they were the leader. My favorite is Linda Hudson’s story about her first day on the job as president at General Dynamics.

“A lady at Nordstrom’s had showed me how to tie a scarf in a very unusual kind of way for my new suit. And I go to work and wear my suit, and I have my first day at work. And then I come back to work the next day, and I run into no fewer than a dozen women in the organization who have on scarves tied exactly like mine.”

The fact is that human nature seems to have baked in a capacity and desire for hierarchy. That’s why Ken Iverson, former CEO of Nucor, says “You can’t be passive. You must attack hierarchy. You have to destroy it.” And the work is never done.

It turns out that getting rid of hierarchy is like getting rid of bamboo from my yard. The roots all connect down where you can’t see them and so you have to do an awful lot of digging. You have to make sure you get every bit of it, because the smallest bit of bamboo will rise through the earth to taunt you. Then you have to keep doing that for years until the bamboo is gone. A day or so after you declare victory, you’ll spot a bamboo shoot poking up through the ground. It’s the same with hierarchy.

If you’re going to flatten the organization and get rid of hierarchy, you will have to ask people to give up things that they like. People don’t like it when you do that.

Ken Iverson decided to eliminate the different colors of the hard hats that Nucor people wore in the plant. Hard hat colors mostly symbolized rank and Iverson thought that was contrary to Nucor’s egalitarian culture. Here’s how he described the reaction.

“The phone didn’t stop ringing for a week! I’ll bet fifty supervisors called or wrote me to protest the move. ‘You can’t do that!’ they’d say. ‘That hat shows who I am. It makes me proud. I put it in the back window of my car when I drive home, so everyone one knows I’m a Nucor supervisor. On the job, it’s my badge of authority. Why are you taking it away?’”

You will ask people to change things that seem to be working just fine. That means they’ll have to learn new things that they didn’t necessarily want to. People don’t like that, either.

Even more bad news: your organization is a system.

Your organization is a system. Everything is connected and everything works together. That means if you change one thing you’re almost certainly going to have to change something else.

That’s not all. More and more our processes aren’t just written down in policy manuals, they’re embedded in software. If you’re going to get rid of hierarchy, you may have to rewrite a lot of code.

You won’t get it all right, either. Here’s what happened with Ken Iverson’s change to hard hat practices.

“Maintenance people needed to be spotted quickly when there was a problem with equipment. In my haste to sweep away a symbol of hierarchy, I’d ignored this very sensible reason to have some people wear a different colored hard hat.”

Iverson adjusted the policy so maintenance people had different colored hard hats from the rest of the people in the plant. You’ll have to make those kind of changes, too.

What that means is that you need people who have what Andy Grove called “the right kind of ambition,” meaning that they derive their success from the team or organization’s success.

If all the people in your organization are like that, great. If not, you’ll probably have to let some go. In a self-managed situation, people who are out for themselves create problems.

There are other people who are fine human beings and hard workers but who just don’t want to make decisions that their boss used to make. If you eliminate their boss’s position, you’ll probably have to let them go, too.

Flattening the hierarchy in your organization might be a good idea. There are benefits. But making it happen is hard, tricky and unending work.

The post How Flat Can You Go? appeared first on DATIS HR Cloud. 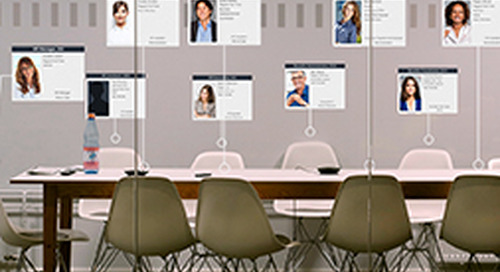 Demand within the healthcare industry is increasing while the workforce decreases. Organizations are prepar... 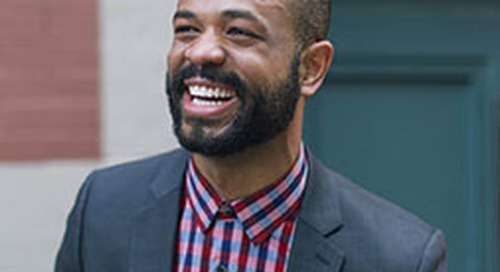 Whether you're a hardcore college football fan, or you've never seen a game in your life, there are lessons...