6 Secrets for How to Love People You Disagree With

There is a phenomenon of people losing relationships that are important to them due to disagreements. While each person must decide their own boundaries regarding how the opinions and actions of others will be tolerated, there is a real sense of loss for many people who have ended relationships due to differences of opinion. With some tools, you can preserve relationships with loved ones you disagree with. The truth is that you don't have to agree with a person to love and respect them. However, navigating this dynamic takes measured and intentional actions. Here are the six tips for how to love people you disagree with.

This is an important one to start with because it highlights the fact that you can only really be responsible for your own actions during an interaction with someone you disagree with. Decide that you will truly listen to what is being said instead of relying on your own perception of what is being said based on your own experiences, research or assumptions. This will help ensure that you're actually disagreeing with what the other person believes instead of simply drawing conclusions about their beliefs. While there's a strong chance you will still disagree with what is being said, you may be able to pull some new understanding from what is being said that will help you to find common ground, see things from a wider angle or let go of resentments.

When disagreeing with someone you love, it's important to take a whole-person view. Resist the temptation to boil a person's entire being down to a single viewpoint that they hold. Focus on all of the qualities that they possess as a person.

#3 See Things Through Their Eyes

#4 Make Sure You're Actually Arguing With the Right Person

We often carry hurts and frustrations from past relationships and experiences with us into new relationships. When talking with someone you disagree with, don't hold that person responsible for what other people with a similar opinion have said and done. The loved one you're engaging with deserves the respect of being seen and heard as an individual instead of "part of a group."

There's no need to hide your disagreement. In fact, feeling as though you have to hide your true opinion can cause resentment to build up. A better option is to state your opinion plainly and clearly. You also have the right to add that this will be the only time you'll address the matter with the individual.

#6 When You Say That You'll Agree to Disagree - Really Mean It!

If you decide that you're not going to let a disagreement harm your relationship with someone you love, it's important to truly stick to that decision. Avoid the urge to constantly "poke the bear" by bringing up the hot-button issue. You may also need to accept that your role here is not to "convert" the other person to your side. You must be willing to continue building a relationship with this person that is not focused on proving to them that you are right. This means avoiding the urge to constantly bring up the topic, share convincing arguments with them or discuss their "wrong" opinion with others within the same circle.

Loving a person you disagree with can be an important step in your own process of self-development. This scenario takes a great deal of restraint, maturity and compassion because the urge to show another person their errors can be powerful. Ultimately, only with compassion, humility and confidence in your own opinion can you authentically love someone you disagree with on significant issues. 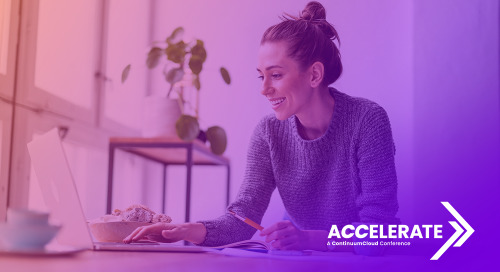 ACCELERATE is Coming Up! Here’s Why You Should Attend

Join us for ACCELERATE, a virtual conference for behavioral health and human services professionals. Find o... 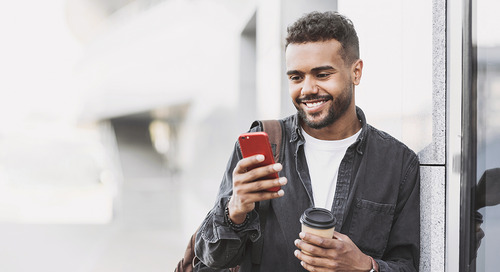 Explore some tips and strategies for how to view romantic relationships through your sober lens in this blo...